An evaluation was made of the post-embryonic development of Chrysomya megacephala (Fabricius, 1794) with an alternative natural diet of chicken liver under controlled conditions (27ºC during daytime, 25ºC at night). Beef was used as the control diet. The diets were defrosted in a refrigerator for 24 hours. Forty neolarvae were placed on each 100 grams of diet, with four replications per treatment. The body mass of mature larvae were recorded in lots of five, and each lot was placed in a test tube containing sawdust. The average duration of each stage did not differ significantly from one treatment to the other: larval (3.04 liver/3.05 beef), prepupal (1.65/1.53), pupal (3.63/4.06) and neolarval to adult (8.20/8.97). The pace of abandonment of the substrate by the mature larvae and the emergence of C. megacephala showed a similar pattern in both treatments. The mature larvae that abandoned the beef diet (average weight: 80.0 mg) did not differ significantly from those that abandoned the chicken liver diet (average weight: 72.7 mg). The survival rate of the larval (85.8% liver/98.8% beef) and neolarval to adult stages (62.8%/ 83.1%) reached significantly lower indices in the tested diet. However, the prepupal and pupal stages were not affected. The larval chicken liver substrate demonstrated a potential for use as a viable alternative for breeding these dipterans in the laboratory. 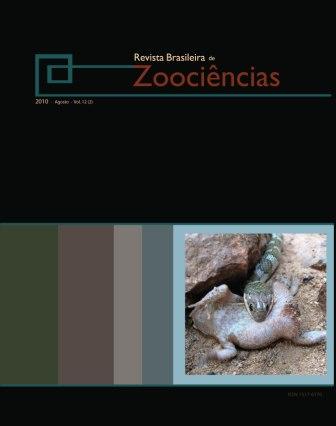