In the coming decades, new technologies will change our lives and the way in which we perceive them in hitherto unimaginable ways.Future Design is acreative collusion of science, technology and art– an experimental laboratory for new art forms and perspectives on the social impact of technologies within Europe.Future Design explores the future of digital technology from atoms to bits and from bits back to atoms again, highlighting the ways in which these technologies are adapted in different cultural contexts. The chief objective is to attract widespread attention to these technologies, to generate debates and interest in their use among independent artists and otherwise under-represented groups.Future Design provides new and critical views on imagination and new insights into reality.In view of the risks and possible collateral damage connected to these new technologies, scientist and artist must make a stand for their values, and do so by openly discussing the potential and risks, and by formulating a vision for the Earth and BEYOND.

MADARY, M.; METZINGER, T.. Real virtuality: a code of ethical con-duct recommendations for good scientific practice and the consumers of VR-technology. Frontiers in Robotics and AI, Feb. 2016. Available from http://journal.frontiersin.org/article/10.3389/frobt.2016.00003/full. Acessed on Aug., 06, 2017
RIFKIN, Jeremy. The Empathic Civilization: the race to global consciousness in a world in crisis. New York: Jeremy P. Tarcher, 2010.

RIFKIN, Jeremy. The Third Industrial Revolution: how lateral power is transforming energy, the economy, and the world. London: Palgrave Macmillan, 2011.

RIFKIN, Jeremy. The Zero Marginal Cost Society: The Internet of Things, the collaborative commons, and the eclipse of capitalism. London: Palgrave Macmillan, 2014. 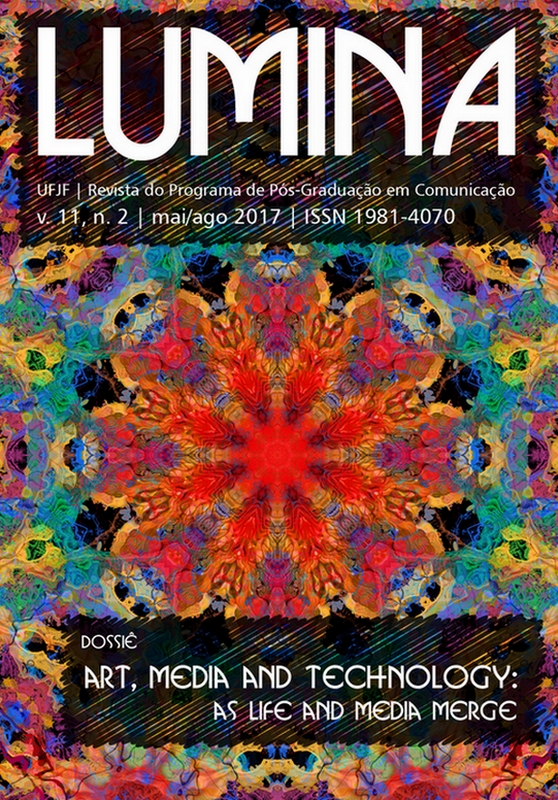 Art, Media and Technology: as life and media merge